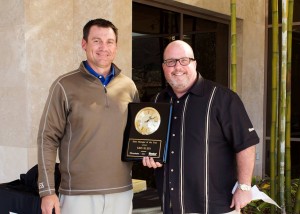 Kris Klein was recognized by Kevin Gordon as FX Luminaire’s Sales Manager of the Year.

Kevin Gordon, Director of Sales for FX stated, “Kris has always exhibited a strong work ethic and over the last couple years we have consistently enjoyed the fruits of his labor. Kris has built a strong reputation as a technically proficient, skilled lighting designer who can close nearly every deal. Kris Klein is an exemplary FX salesman and he truly earned and deserves this award.”