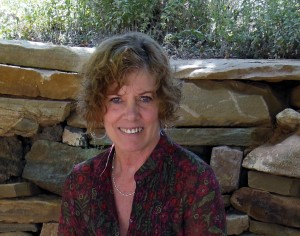 Diana (Dee) Maranhao is an gardener and long-time green industry professional with one book out and another on the way.

Growing up in rural Washington state, she never had any inclination to garden. “It was dirty and laborious when I would rather be playing,” Maranhao recalls. “We always had a veggie garden, fruit trees and berries. I liked to eat them, but had no desire to do the work to get there!”

After high school, she earned a Marketing Program Certificate from Kinman Business University in Spokane, WA. Vowing to never live where it snowed again, she moved to Arizona, then to the San Diego area to raise her two children.

“In 1977, I was living in a house with an old fenced-in garden, not much money and two small children to feed,” she recalls. “So I decided to grow our own food.”

Like many beginning gardeners, she planted too many plants in too large a space to keep up with, but was still rewarded by a bounteous harvest. More importantly, she discovered that “dirty and laborious” was actually deeply satisfying. And a lifelong affair with all things growing began.

“My friends and family thought I was crazy,” she laughs. “I enrolled in a certificate program with ROP (Regional Occupational Program, state-funded job training) in Landscape Technology and attended night school for six months, which gave me basic skills to apply for a job.”

Her first foray into the green industry is a great illustration of Maranhao’s tenacity and work ethic. After earning her certificate, she applied for her first job in landscape maintenance. In order to qualify, she was required to “audition” for the job by working for free for an hour.

“The landscape contractor put me and three other guys to work, raking and weeding separate sections in a large condo setting in about 100-degree temps, dead of summer in east San Diego county,” she recalls. “After an hour, two had bailed, leaving their rakes and tools in a heap. I remained standing…barely. And I got the job.”

A better opportunity soon beckoned, however, when Cuyamaca College in El Cajon launched a horticulture program in 1980. Located in the outskirts of east San Diego county and surrounded by open land, as well as classrooms and a production greenhouse, the 15-acre site included an extensive plant nursery and a sod farm. Maranhao applied for the job as the site manager and was hired.

“While I met her at the interviews, we didn’t really get a chance to really get to know one another,” says Brad Monroe, program founder and now professor emeritus. “It didn’t take long to see how good she would become in her new job. There was no job too hard, too long, or too challenging.”

Maranhao did everything from harvesting and selling sod, running a tractor, managing a staff of student work/study employees and nurturing the plants in the nursery. She rapidly took ownership of the job.

“As the department chair, I was ‘technically’ in charge,” in charge,” Monroe says. Less than two months into the program, one of the work study students had a very bad attitude and was bringing down the rest of the student volunteers.

“After several weeks of turmoil within the new department, I went into Dee’s office to talk about what she thought I should do about it,” Monroe recalls. “When I asked her, she replied, ‘I already fired her.’ End of discussion.”

Monroe laughs, “At that point I knew who was really in charge! It led to 23 years of a great partnership where we were able to build a strong program and great relationship.”

Her love of camping with her husband, Steve, led to the discovery of the Southern Utah. In 2003, they “retired” to a one-acre potential farmstead with a dilapidated house just one step above a shack. The couple worked tirelessly improving the home and grounds until today, it is a cozy homestead with a spectacular garden worthy of a feature in Sunset magazine.

Maranhao’s talent with words also earned some supplemental retirement income. As administrative assistant for Southwest Trees & Turf, she edited all the news items and product releases for several years, as well as maintaining the mailing list and generally providing excellent support for all phases of publication. This led to her involvement with the Desert Green foundation, where she quickly claimed responsibility for registration, volunteer coordination and scholarships.

“I first met Dee when I was in San Diego as a founding member of the regional Xeriscape committee,” recalls Greg Marciano, irrigation technical/sales manager at Griswold Controls. “I really didn’t get to know her, though, until I exhibited at Desert Green.”

Marciano appreciates Maranhao’s attention to detail. “She’s a very motivated person,” he says. “If you ask her a question and she doesn’t have an answer, she gets it for you – fast!”

For the past three years, Cynthia Reed, Nevada Cooperative Extension, has been working with Maranhao to manage the large staff of Master Gardeners who are invaluable to the conference’s success. “Her energy is amazing and she certainly has my kind of mentality as far as organization and attention to detail goes,” says Reed.

One of Maranhao’s passions is involving young people in the industry. “One of her strongest attributes is her strong and passionate dedication to obtaining student scholarships for individuals who are deserving and might now otherwise be able to attend,” says Reed. 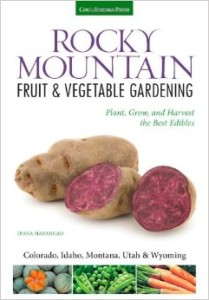 Maranhao’s latest achievement is the publication of her first book. Rocky Mountain Fruit & Vegetable Gardening: Plant, Grow, and Harvest the Best Edibles published by Cool Springs Press. Her friendly style and extensive knowledge take the intimidation out of vegetable gardening for newcomers while offering plenty of tips for long-time gardeners. She is currently working on Water-Smart Gardening for the same publisher, due out in fall 2015. (Visit her website at dianasgarden.wordpress.com for more information.)

That commitment has resulted in her handing over several tasks for Desert Green, although she is still heading up the scholarship committee. Her passion for the green industry and concern for its challenges will keep her involved in the future.

“Water issues continue to be our biggest challenge,” Maranhao notes. “Droughts come and go, but we have a shortage of water across the nation and the issues are not all related to rainfall patterns. We need the researchers to bring us the technology to deal with drought, salt water intrusion, groundwater deficits and a host of water quality problems. It’s our job to keep abreast of the situation, to apply the techniques and to plan and plant for the changing face of landscaping.”

Consumer education, though, is also critical to our future.”It is going to be a continuing challenge to educate the consumer so that they are encouraged to keep their green spaces, but to do so sustainably,” she notes. “And they need us to help them do that!”